The Bridge at Kronstadt

Rob and I played this scenario by Brig. C. S. Grant, OBE..  It was originally published in "Battlegames Magazine #2" and was later re-published in a Battlegames Special Edition, "Table Top Teasers Vol. 1".


Essentially it is a "bridge demolition" scenario with action down the 8' length of the table.  Rules were "Black Powder", which we were playing for only the second time . . . and yes, we did a number of things incorrectly . . . *sigh*. . . but (a bit to my surprise) I find that I am liking these rules.

Sadly most of my photos were too blurry (a camera in a shaky senior's hands doesn't get very good results).  For much better photos go to Rob's photo account . . . (click here).

Rob's first comment upon seeing the table was "Christmas Village" . . . and yes, the buildings were all December purchases over a few years.  Below you can see how I painted over the "snow" as two companies of the von Pilsen Pioneers work to mine the Kronstadt bridge:


I won't try to recount the battle since my memory is shot from all of my chemotherapy . . . but here are a few of the less blurry images from the game:

Take a look at that last photo.  Note the background . . . it is simply an old bedspread draped over a table with some boxes on it and then over a couple of chairs.  By putting a few trees and buildings on it, it makes a reasonable background.

You too can be creative with your terrain . . . and have fun, like we do.

Battle of Bittewasser -- our first try with "Black Powder"

Last weekend Rob, one of my gaming buddies, came over and we tried out "Black Powder" for the first time. Opponents were two early 18-th century "Imagi-Nations", Saxe-Bearstein (me) and Stagonia (Rob).


We were advised by a number of TMPers to cut my 8' x 5' table in half and have only 8 units per side (4 mounted, 2 per side; and 4 foot units in the center).  With little room to maneuver, this forced us to "learn the rules" by mixing it up right away.

As a "house rule" Rob and I decided to reduce movement by a third (thus 8" and 12" instead of 12" & 18") because we do not play on a 7 foot wide table.  And it was well that we did so, for a glance at the photo below shows how close Rob's Heavy Horse were after a single move:


My Wildschwein Dragoons (front unit with blue caps) were in definite trouble . . . and the unit behind wasn't happy either.  But things can swing back-and-forth quite a bit in "Black Powder" and so they did here.

But first, an apology . . . I have cancer and after almost a year (in total) of chemotherapy, I have a definite case of "chemo-brain".  My mind is fairly foggy and I have terrible short-term memory so Rob was kind enough to handle the rule book for us.  Needless to say, I have little detailed memory of the battle, but here are a couple more photos (I forgot to take pics for the most part):


We certainly had fun. . . . And tomorrow we will attempt to play an actual scenario . . . the "Bridge at Kronstadt" scenario by Brig. C. S. Grant, OBE.

Above you see some of Stagonia's splendid Artillery and Artillerists.  Below you will find images of her outstanding Infantry (please note the grenadiers -- on your left).  (Also remember to click on images for a larger view).


To view the Stagonia's Command Figures & Mounted units, click on this link. 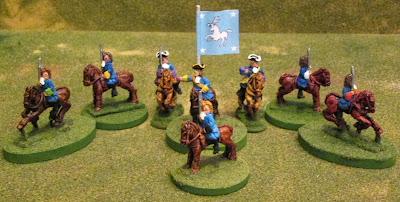 Above you see a sample of the Generals and Brigadiers of the Stagonian Army.  Below you will find images of Stagonia's glorious mounted troops.  (Also remember to click on images for a larger view).


To view the Artillery and Infantry units of Stagonia, click on this link.


Above you see some of Saxe-Bearstein's splendid Artillery and Artillerists.  Below you will find images of her famous Infantry . . . please take note the grenadiers (on your left -- and also remember to click on images for a larger view). 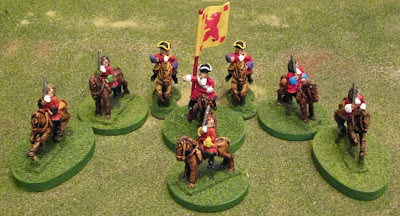 Above you can see a sample of a General, his Aides de Camp and some Brigadiers.  Below you may view Saxe-Bearstein's renowned mounted troops.  (Also remember to click on images for a larger view).


To view Artillery & Infantry units of Saxe-Bearstein, click on this link.